Author’s blog on ‘What inspired me to write the novel Sacred River: A Himalayan Journey‘

In 1994 I went on a trip to India with my family to visit my brothers, sisters and friends and decided to do something special—go to the source of the Ganges River. If you grow up in India, especially in the Gangetic plane, you know how sacred the river is. Outsiders, especially those from the West, only see the polluted water; they don’t have the eyes to see beyond as they didn’t grow up with her mythological origin. In other words, they are not aware of Goddess Ganga. Many drink her water every day, bathe in the morning – even in winter’s cold – to earn merit, put her water in a dying person’s mouth, and burn their dead on her banks, pushing the ashes into the water to hasten a heavenward journey. I grew up in Calcutta near the end of the river’s journey. A trip to the Ganges River has always been a pleasure for the scenery and the sublime feeling that comes to you. Important pilgrimages are on her banks: Benaras, Haridwar, Rishikesh, Gangotri. Wouldn’t it be great, I thought, to go to the source in the Himalayas where the river originates? Why had no one in my family, or no one I knew, gone there or even conceived the idea of going there? Because until recently that was a dangerous proposition; in the old days, the roads were poor or non-existent and many had died on pilgrimages. But the place called me as the adventure of my lifetime, especially when I had not been adventure-oriented in my student days. I was a good student and good students in India are not much engaged anything else but studies! Living in Idaho for several years, camping with Boys Scouts, and hiking in Teton mountains have generated a spirit of adventure in me. So, my family and I decided it was time to make an ‘expedition’ to reach the source of the Ganges River.

It was a long series of flights from Idaho Falls to New Delhi, and then on to Gangotri (10,600 ft.) by car. This is as far as one can go by automobile; the Himalayan wilderness exists beyond this. We had to hike 18 KM to reach the Ganrotri glacier from which the Sacred River begins her journey. Our goal was first to hike 14 Km to Bhojbasa (12,385 ft., 3775 m) and spend a night there before hiking to the glacier (13,200 ft., 4255m).

We reached Bhojbasa in late afternoon after a strenuous hike in the scorching sun. The source of the river in Gaumukh, was still 4 Km away. But what a place it was! All my tiredness suddenly vanished. 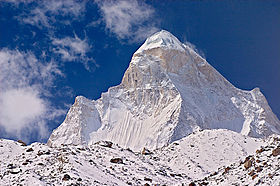 A clear blue sky hung above and ice-covered peaks of Shivling and Bhagirath mountains towered above us. The river was a little distance away, and there was no sound – silence except for occasional cries of birds. You gaze at the scenery spellbound; you are taken to another world and time freezes. Standing there, surrounded by the mystical scenery, I realized it was in places like this that the ancient rishis in India found the meaning of god, the Brahman; they saw that Brahman was everywhere in nature and inside all beings—Brahman was all pervading. Realization of this was the truth of life. 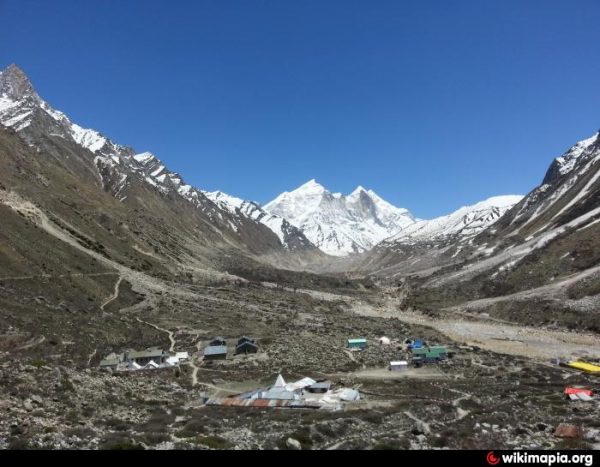 And this cannot be realized until one comes to a place like this; only then can one understand what the ancient sages told us in the Vedas and the Upanishads. I wanted to tell this to everyone. I became convinced I had to write about this. But who would read this and where? Then I thought that I would write a novel where the protagonist would come to this beautiful, yet mystical place from America. Through him I can express what I found there.