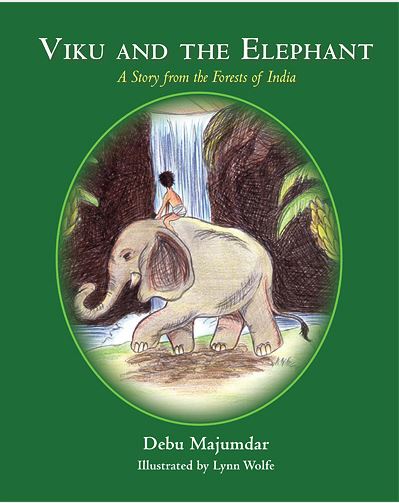 My children’s book Viku and the Elephant has emphasized sacredness of graveyards more than once.

“That’s their sacred place,” Viku said, “You must not go there!”

The story also talks about, although very gently and casually, the idea of acceptance of death. “When an elephant grows old and knows that his time has come, he says goodbye to his family and friends and goes there. It is a sacred place for elephants.”

This says three things: (1) death is inevitable for all – humans and other creatures, (2) death should not be feared but accepted as part of life, and (3) other beings, such as elephants, could have a sacred place for their dead.

Graveyards are the final resting places of the deceased – whether animals or human beings. These are extraordinary places and shouldn’t be disturbed, taken advantage of or looted. As you read the book, you will find that, even as a young boy, Viku shows great respect for graveyards. Viku’s words also reflect my thinking. I feel sad when robbers steal from graveyards or researchers go deliberately to excavate ancient tombs as if these things of the old culture don’t mean anything anymore. Displaying items from tombs in museums as objects of curiosity has a bad ring to it.

How do you teach children what is sacred? Sacred is something of great veneration. Usually it has some connection to the past, to some events of significance or a place where wisdom was found. To many it has some connection to divinity, coming from their religion. It is a place that makes you automatically quiet and introspective and lets you think of your own life in a broader perspective.

Different religions have different views about what happens after death. We are not discussing that here. What we are concerned with is the memorial place where one’s loved one’s remains or their ashes are kept. For most, this is a sacred place, a place of remembrance and continuity in their lives. That is how these places become holy and should remain so. After Gautama Buddha’s death, his body was cremated and the ashes were distributed to many who built Stupas (memorial structures) around his remains. These Stupas became holy places – places of pilgrimage.

Even though I wrote the book, I am always moved when I read these lines. I hope through Viku and Haatee’s story the children will find some feeling of what sacred is.

From Blogpost.com: A Writer’s Blog