I was telling Viku’s story to a group of children and parents in a campout in Kamas, Utah. It was late morning on a warm day and we sat in a shady grove. I finished the first chapter and the children asked several questions and they answered some themselves. When I was about to start the second chapter, a young mother asked, “How old is Viku?” She was in a hurry – she had to leave to catch a plane. She wanted to have this information so she could later explain the story well to her daughter. 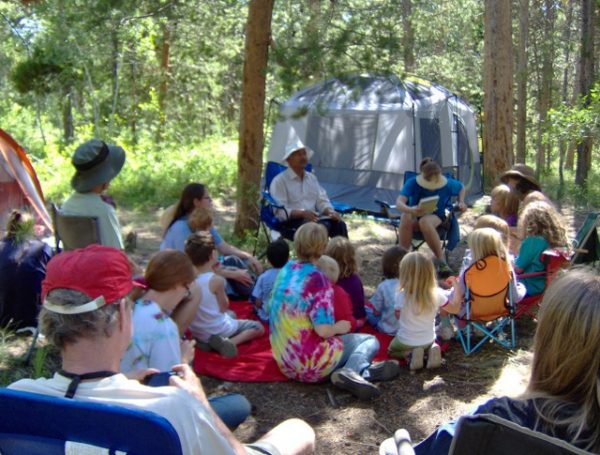 The thing is that I deliberately didn’t mention Viku’s age in the book. He was 11 years old in my mind, but I didn’t write it. Viku is a hero and I wished that anyone who reads the book or hears the story would like to associate himself or herself with Viku. Age will spoil the association. The book is meant for a wide age group from 4 year-olds to 11. If you are five, it is hard to fancy being eleven. However, you can always imagine that the hero is just like you, certainly of your age, and in fact the hero is you. This way all, even the adults, can imagine they are Viku as they read the story. This makes reading a book fascinating.

One reviewer of “Viku and the Elephant,” Susan Seefeldt, from Fairbanks, Alaska has written that “In addition to showing the friendship, loyalty, and bravery involved in Viku’s relationship with the elephants, the story gives the reader a chance to vicariously fulfill a dream that a fair number of children might have (including myself, now as an adult and as a child). Who wouldn’t love to have an elephant for a best friend, who lowers his trunk down specifically so you can climb up and ride around on him? And who listens to you, the child, and not the grown-ups! Whereas Horton, Dumbo, and Babar (lovable as they may be) are elephants one might want to befriend, one does not encounter them in their natural habitats, so there is always an element of the unreal lurking in the background. This heightens the vicarious experience of the reader.”

The young mother agreed with my idea (that Viku is of the age of the young-at-heart reader) and satisfied, she left for Germany with a new book in her hand.

From Blogspot.com: A Writer’s blog