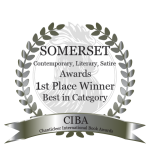 Shankar, a recently retired professor of physics, and his wife, Durga, have left Michigan to resettle on Long Island with their son’s family. While the migration from the Midwest to the East Coast is a small one, considering both characters moved from India decades before, the move spurs Shankar to ponder the life he left behind and to reassess his relationship with his sisters and parents. They’d hurt him deeply when they rejected his wife because she wasn’t a Brahmin, and that pain sustained years of estrangement. Now, however, a letter from his sister causes him to reassess his own role in the dissolution of his family even as he enjoys spending time with his son, daughter-in-law, and young grandchildren.

Carefully organized, the novel is arranged into five parts with the comprising chapters designated with a time and place. Since the plot occurs on two continents, this framework is helpful to the reader. The author adroitly dovetails the past and present by having Shankar share stories of his own childhood with his grandchildren. And what stories they are! Sweet and funny, often involving animals, the children are riveted by their grandfather’s tales of a childhood spent in India. Shankar was a good student but not above getting into mischief or naively causing trouble. India comes alive for the children as they hear about an encounter with a tiger, the annual celebration involving kite fights, and a haunting but hilarious ghost story. The reader turns the pages as eagerly as the children beg to hear another story.

Consideration of Shankar’s past also involves his having grown up in a household in which the ancient traditions of Hinduism are sacred duties, and any failure to adhere to them a moral failing. It is difficult for Shankar to come of age wanting to do what makes him happy but feeling tremendous fear that he won’t live up to his father’s exacting standards. Will he become a “tejya putra,” a son who is rejected by his own father? There’s no worse fate for a Brahmin male. And, yet, shouldn’t his father love him simply because children deserve love, and not because Shankar will one day perform the essential funeral rites for his parents?

Regardless of how affectionate and attentive Shankar’s mother is toward him, he knows that she will always defer to her husband. She will let him dictate the terms of his sisters’ marriages, and she will never allow Shankar to disobey his father. The classic tension between duty and desire is artfully and affectingly rendered. All readers will be able to relate to the hold the past has on us. And like us, until Shankar resolves old animosities with his family, he’ll never indeed be free.

The author is a master craftsman of descriptive writing, especially when contemplating natural settings. Debu Majumdar deepens characterization by connecting Shankar’s interior and exterior worlds. While contemplating existence through his main character’s eyes, the author gives us a work of lush and searing beauty, wondrously told with compassion, empathy, and truth. Night Jasmine Tree is highly recommended reading for all.

Night Jasmine Tree won 1st Place in the 2018 CIBAs in the Somerset Awards for Literary Fiction. 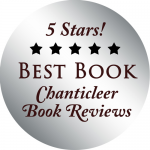