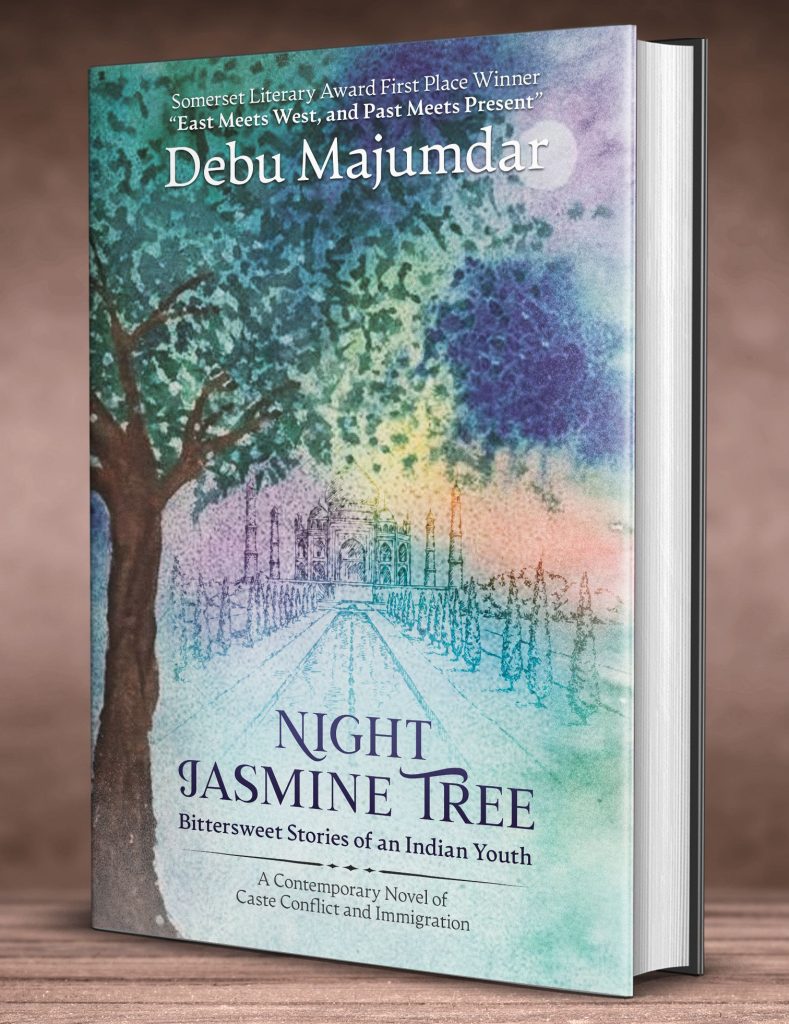 This fictional novel of an immigrant, Shankar, from India to the US is powerful, engaging, and well written. Shankar’s recollection to his two grandchildren of his childhood and traditional stories from India help him re-examine his past, especially the events that led him to flee from his traditionalist family to the US. The book thereby combines these marvelous individual stories, with his time as a grandfather, and his inner reflection on his past.

The characterizations are solid and believable.

The cover is beautiful, although I never found a reason for the cover’s depiction of the Taj Mahal. I suspect it is only there as a universally recognizable symbol of India. This is perhaps misleading as Taj Mahal is a Muslim tomb; the story centers around the Hindu caste system – from different parts of the country.

The ending is pleasing and satisfying, with just enough twists that it held my interest while remaining faithful to the buildup. I wish the author had done a bit more at the end with the novel’s title, Night Jasmine Tree. The title does fit the novel’s story and helps make it memorable.

I’m a second generation immigrant, with grandparents from Italy. I found the Indian immigration conflicts to, of course, differ in the details from my family but with similar themes. The story’s in-between generation, Shankar and Durga’s son Samir, could have received more attention. The immigration and generational aspects of the novel were fascinating and believable.

I had the joy of visiting India in 2015 and found the country to flood my senses – sights, sounds, smells, taste, touch – as much as any of the 30 countries I’ve visited. The novel’s characterizations brought back many wonderful memories and creates new sensations. For example, the title, Night Jasmine Tree, evokes smell and sight. I would have liked to feast more in this book and wonder, for example, of some of the tastes, smells, and tactile feelings of foods and places mentioned in the story.

It happens that I read this novel concurrent with Rudyard Kipling’s The Jungle Book. Both are a collection of stories, the former woven together in Shankar’s story; the latter focused on several animals. Both are worth reading.

It also happens that I read Debu’s first novel, Sacred River: A Himalayan Journey, about the time I read Kipling’s classic novel Kim. Both are fictional journeys and I recommend Sacred River over Kim for several reasons. Sacred River is written by a native of India; Kipling loved India but sometimes seems condescending to the Hindu majority.

I recommend this product.